Conrad Black is a Moron 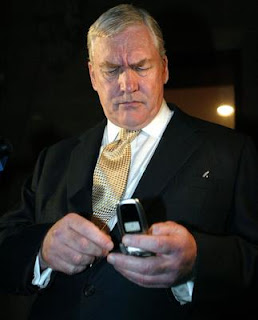 Lately the National Post has been biased on the side of individual liberty & economic freedom; featuring editorials by Peter Schiff, and criticizing Carney when Carney was criticizing gold. They're still statist, but for a national newspaper, that's a given. I don't understand why Conrad Black writes editorials for them however, his economic views would better suit the leftist Toronto Star. Like all statists, Conrad wants to spend other peoples money. I think he helped create the National Post, which explains how he gets away with writing the most idiotic things. Prison life really did a number on his mental capacity.

Here are some more suggestions …. of policies that could revive the federal Liberal party, though they would be equally becoming to the government.

One of the hallmarks of an advanced national economy is ownership of an automobile industry.

Conrad Black believes the old 20th century ideology that the State is somehow self-sufficient and represents “the people”. Evidently he also believes an old symbol like “the automobile industry” is the benchmark of a great industrialized nation. It's like this guy sees reality through a 1950's public school textbook.

Canada produces approximately 1.5 million cars and trucks annually, the world’s 11th highest national total, but all in branch plants. This is why I urged the Trudeau government to follow the advice of the prime minister’s chief of staff, Jim Coutts, nearly 30 years ago, and buy control of Chrysler Corporation (a better bet than PetroCanada or Texas Gulf), and urged the present government to join a control group with the Agnelli family in the ownership of Fiat and Chrysler.

To sum up – Conrad Black wants the Liberal Party to run on a platform of nationalizing the automobile industry. Because, obviously, Canada does not have enough cars.

The ideologically motivated nationalization of what Marxists call the commanding heights of industry is nonsense. But the opportunistic acquisition, as temporary trustee for the private sector of the country, of a non-management position of influence in a strategic and under-valued company, can be justified. C.D. Howe and R.B. Bennett would have taken this step, and whichever of them was in opposition would have commended the other for doing so. It is not too late. At the very least, Frank Stronach, one of Canada’s outstanding industrialists, should be tangibly but not wastefully encouraged in his exploration of hybrid and electric automobile design and production. 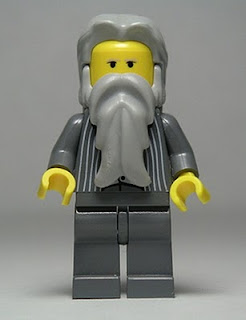 Conrad Black is senile. I swear to God. “what the Marxists call the commanding heights...” what the fuck is the guy talking about? It seems that he didn't make his point clear enough in the last paragraph so he tried again with another. Essentially what Conrad is calling for is nationalizing, or partly nationalizing an auto company. He claims this is justified because some dead prime ministers would have attempted the same thing (and to give Conrad credit, those idiot PM's probably would have intervened in one way or another).

Then Conrad goes onto talk about how Frank Stronach “one of Canada's outstanding industrialists” should be encouraged to explore producing green cars. If Stronach hasn't done it by now it's because there's no profit in it. If Canadians wanted green cars then there would be sufficient demand for it. Having the State invest in some car company isn't going to produce profitable cars – even if it says so on paper. Everybody will poorer as a result. Prison food must have ate away his brain cells, Conrad wants the State to steal from Canadians and invest it into a bankrupt auto company. As opposed to allowing Canadians to keep their wealth and spend it as they please. Does Conrad Black sincerely believe that demand will arise from an unwanted supply of “green” cars?

Given its need for a growing population, and its prosperity, relatively high levels of social services, tolerance and adaptability, Canada should take advantage of the current recession and the comparative political mismanagement of most other countries to redouble efforts to induce desirable immigration, and especially relatively assimilable immigration.

How Conrad went from cars to immigration is beyond me. But look at how he did it. Study that paragraph, it's all one sentence. Orwell couldn't have pulled off better doublespeak.

Is it doublespeak or did Conrad just not proof-read his article?

Regardless of how he did, the point to made here is immigration is best left to market forces, not Conrad's “desirable immigration” plan. 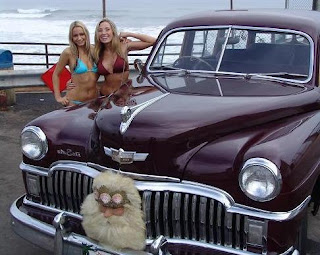 Conrad goes on rambling, taking a cheap shot at “the Stalinist sex-slave emporium of Cuba.” Cuba is certainly far from free – but a Stalinist sex-slave camp? Conrad then goes onto defend an idea for Canadian slave camps by offering it as an alternative to current State prisons. “Disused prison facilities could then be spruced up and reconfigured as housing for the indigent” says Conrad. As if people need even more places to live. “This program would save Canada about $1-billion a year”, says Conrad “and increase the productivity of the workforce by about a full half of one percent.” Those figures were pulled out of his ass, no doubt.

There's more to Conrad's article (a lot more, actually) but it's all just the nonsensical ramblings of an old man who thinks in the past. His views on the economy are undeniably collectivist, they appeal only to radical nationalists - putting the Canadian State above individual liberty. Conrad Black's economic worldview mirrors Mussolini or Hitler – and that's not an overstatement. Of course, it's easy to see why Conrad likes the State. Regulation only benefits the dishonest entrepreneur, it destroys competition and strengthens large corporations.

So to sum up let me get this straight. Conrad's four ideas for a better Canada (and a better world) are:

1) Nationalize the automobile industry
2) Immigration reform based on arbitrary bureaucratic decisions
3) Send criminals to labour camps
4) What was the fourth?

Something to do with Quebec? Conrad has a serious case of diarrhea with words. He likes to just run off from one thing to another then return with somewhat thought-out conclusion. His writing style could be considered art if the content wasn't the nonsensical ramblings of a moron.