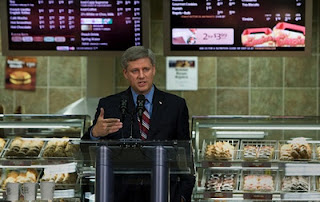 What a week (or two). Unfortunately I don't always have time to update this blog with lengthy posts (or rants) but I should probably comment on these news items:

Mark Carney became the head of the Financial Stability Board, a global regulator that doesn't serve any actual purpose. But don't worry Canadians, the Goldman Sachs terrorist will still be governing Canada's central bank. Here's what Carney said in his inaugural speech:

"Global liquidity has fluctuated wildly over the past five years and we are on the cusp of another retrenchment,"

Mark Carney is a moron. It's not a liquidity crisis, it's a debt crisis. His money-printing Keynesian solutions prompted the Toronto Star to dub the headline "Open the taps, Carney warns"

U.S. delays decision on Keystone XL pipeline. I am against the pipeline, but not in the same way the watermelon environmentalists are. I'm against doing business with a fascist empire that is dependent on credit. China wants our oil (and as fascist as they may be, they're not bankrupt); so let's sell it to them. Seems I'm not the only one advocating this, even federal Natural Resources Minister Joe Oliver said "if they [the US] don’t want our oil... it is obvious we are going to export it elsewhere.”

Why wait for them to ask? The US just delayed the project until 2013. The US dollar will probably tank before this pipeline is ever completed.

CPP Fund assets down $1.2 billion. Good. When can I opt-out of this forced investment plan?

Tories to end Canadian Wheat Board monopoly. Fuck yeah Conservative government. It's not often I praise any governments action, but Harper has won me over with this one. Now let's get started on Canada Post, health-care, roads and highways, millions of acres of crown land, education, the AECL, the CBC, VIA Rail, the CPP, and etc.

CBC Witch-Hunt. Score another one for the Harper majority. Really, I don't want to be supportive of these parasites, especially given their spending problems and fetish with prisons. But between ending the CWB monopoly and demanding CBC spending documents, I stand corrected when I thought that a Tory government would be Liberals in disguise.

Hopefully Harper has got the balls to privatize the state broadcaster.

Dismantling The Gun Registry. Jesus Christ.... have I become a Conservative? Harper just scored a hat-trick in my book.

Tim Hortons profit jumps 40% in tough market. And why not? They've got appetizing food and enjoyable beverages. Here in Kingston, Ontario they've super-sized the cups so now a medium is a large (for the price of a medium) and the x-large is fucking huge. In addition, their white hot chocolate is absolutely delicious.

I haven't had their beef lasagna casserole yet, but I hear good things. I'll have to check out their new maple cinnamon french toast bagel as well.

"A sweet bagel baked with cinnamon and maple syrup. Topped with a buttery cinnamon crumble." 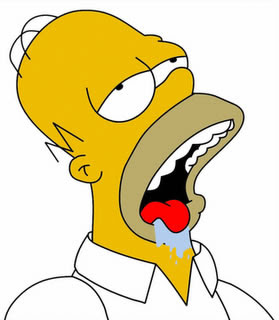 AaggaGGhGhghGhGhghhhh
Posted by Caleb983 at 6:25 PM