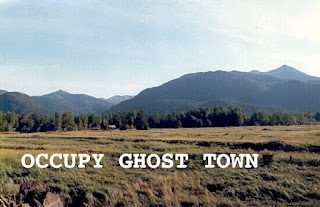 For as long as unowned space has existed, people have been “occupying” it peacefully – with distressingly little success. States, taxation, inflation and illegitimate monopolies are a constant reality for peaceful acting individuals. Too often, these injustices are met with little or no response, regarded simply as “the price you pay” for civilization. As a supporter of the Occupy movement, I believe that everyone is entitled to occupy unowned space. Not only is this possible – it is essential for building a strong and lasting movement.


It's no secret that the 1% who wrecked the economy are protected by state power. The less a society relies on social power, the less effective they are at peaceful social order. As the economic depression worsens, we must be careful not to replicate the State's tactics. The message is clear: peace in all realms of human action.

For individuals differing in colours, genders and political persuasions to participate equally in the Occupy movement, we must abide by the non-aggression principle. We must declare our own individual sovereignty on unowned land. We know that state harassment and assault will continue (participation in the fascist system is mandatory, after all) – but there is power in disestablishing ourselves by going off the grid and living sustainably. As the movement grows, it will become harder for state power to overtake social power.

In solidarity with those who are already squatting off the grid and promoting the idea of liberty, I call on all General Assemblies of the Occupy movement to adopt “disestablishment” as an effective tool for serving the interests of the 99%. By occupying ghost towns we are giving individuals two options: live under the poverty of the State or come help rebuild society sustainably and peacefully. 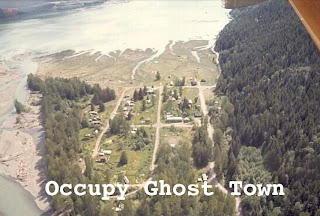 Disestablish yourselves.
Voluntary = Victory.
Occupy Ghost Town.
Posted by Caleb983 at 8:19 AM