The Next Financial Crisis 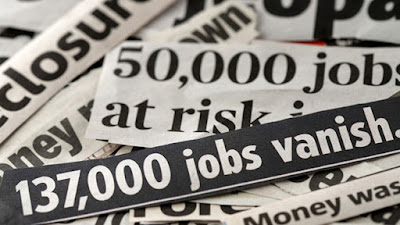 Some days I wish Hillary Clinton won just so when the economy collapses, people can get mad at her.

But Trump is too hilarious (and Trump Derangement Syndrome so interesting) that I'm fine people will blame the bad economy on his tariffs and tax cuts.

After all, with Clinton at the helm, I'm sure those evil Ruskies would have been to blame for the downturn economy.

But who's really at fault? Why the Fed of course!

Can you believe Janet Yellen survived as Fed Chairmen? Ever since Greenspan left, the Fed has been playing musical chairs with its leadership.

I thought Bernanke would take the fall. Then, Yellen was in charge and I thought for sure she'd be the one sitting in the Chair when shit hit the fan.

Now we have Jerome Powell. Appointed by Trump, this will surely be the man who is at the helm when recession comes.

But when has the Federal Reserve ever taken the blame? Network news will certainly blame Trump.

But we all should be looking at Powell. And here's why:

Interest rates are supposed to help coordinate production and consumption over time. When the Fed engages in interest rate price controls, they discourage savings and encourage consumption through loans and debt.

While the Federal Reserve is American, Canada has its own central bank that essentially mirrors the Fed. Through central banking, Canadians and Americans alike are living well beyond their means. We have virtually no savings.

With so many indebted North Americans, the rises in the Feds Funds Rate (FFR) could be the tipping point for consumers.

There is historical precedent for this. Rising FFRs reveal the unsustainable trajectory businesses are on.

Of course, those were tough times. But the bad debts and financing of the 1970s needed to be liquidated. This should have happened in the 2000s after the dot-com crash, but Alan Greenspan decided to lower interest rates further.

For this, the same media networks that sold you on the Iraq War and are convinced Donald Trump is a Russian agent, titled Greenspan "The Maestro."

All Greenspan did was inflate a housing bubble. And then when that crashed, Bernanke inflated a bond bubble. That is much worse than real estate. The next crash will be an accumulation of almost 20 years of bad economics. Much worse than 1980.

And did I say 20 years of bad economics? Let's make that 40. For each sequential credit crisis hasn't entirely eliminated malinvestments. The 80s only bought us some time. The fundamentals are truly fucked.

Interest rates represent time-preference values across millions of people. To suppress this and alter it is to distort the economic actions of savers and borrowers. Businesses are encouraged to borrow to expand production.

But, under these conditions, the extra demand for capital goods evolves, and thus commodity and production prices begin to rise, reflecting new credit expansion. Rising prices are usually an indication for central banks to lay off the interest rate manipulation.

Unfortunately for us, modern central bank employees were likely graduating school in the 1990s and 2000s. They never lived through the 80s. To them, interest rates are a policy tool. They likely have no fundamental understanding of the economy.

And yet, these are the statistics the Fed will use to determine policy.

Chairman Powell has bought the hype from Trump that the economy is doing great. Therefore, it's time to raise rates. As William McChesney Martin Jr., the ninth and longest-serving Chairman of the Fed, once said, the job of the Fed is "to take away the punch bowl just as the party gets going."

But will interest rates ever increase significantly again? Like they did the 80s?

We better hope so. If putting the FFR up to 3% triggers a crisis and subsequent recession, and then the Fed drops the rate back down to 1% or even 0%, then we're truly fucked.

We already have evidence that shit is slowly but surely hitting the fan. Bond yields are rising. Equity markets are fucked.

And Canada is going along for the ride.

Having the US Dollar as the world's reserve currency means we're all in this together. We're all on the same credit and production cycles. The onset of the next financial crisis in the U.S. could trigger a crisis in Europe, which, of course, is going to come to Canada.

But it'll all be Trump's fault, right?

Forget the actual people who saw this thing coming and can tell you exactly how it happened. No, let's listen to the central bankers, like Janet Yellen who said they likely won't be another financial crisis in her lifetime.

Much like how, in the 1920s, economists and pundits believed the newly created Federal Reserve had eliminated business cycles from the face of the planet.

Trump is partly to blame. We all are. But especially that idiot. He campaigned on the fact the Fed had created a bubble, that it suppressed interest rates for political reasons.

Candidate Donald Trump was critical of the Federal Reserve. He supported an audit of its books and operations.

He criticized the 20 trillion dollar national debt. He correctly pointed out that Hillary Clinton’s team was stacked with Goldman Sachs bankers.

But like everyone else running for office, once he was on power, his tune changed.

President Donald Trump hasn’t said a single negative thing about the Federal Reserve. He's actually been praising them. He said he likes and respects Janet Yellen. When the Dow Jones stock market index hit 20,000, he took credit for it.

But while Trump is to blame for not living up to his populism, the next recession really is the central bank's fault from a technical standpoint.

With any hope, if governments and banks around the world respond to the next crisis like they did in 2007/08, by ramping up the printing presses and bailing out the people who caused the crisis -- then the average Joe may start to question this racket.

The public may actually start to question the ability of the taxpayer to live up to the "full faith and credit" we see printed on the money.