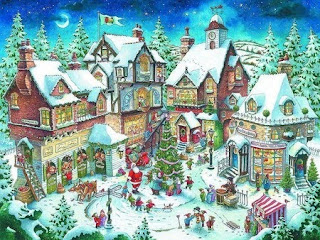 Carrots are a good way of treating reindeer to a little snack as they help Santa do his once-a-year trip around the world delivering toys to children. Yes, carrots are nice but milk and cookies are a must and not because Santa enjoys them personally. In fact Santa Claus is lactose intolerant and has been on a no-cookie diet since 1987. The real reason we leave milk and cookies out is because these resources are the fuel that drive the North Pole economy. It's too expensive to keep cows producing milk in Arctic conditions and imported cookies from Canada are subject to various taxes and regulation. So Santa maintains his North Pole civilization by making exports a driving factor, and in return for these exports he gets cookies and milk. This is basis of the North Pole economy.

Now once upon a time the elves were slaves to Santa's regime, but Santa quickly realized that this command economy wasn't very efficient. The toys the elves were producing weren't of the same high quality status as the stuff from Wal-Mart and items like computers were difficult to make. On top of that hundreds of elves died of starvation every year.

Watching the Berlin Wall fall one year, Santa decided that only capitalism would work. But not that cheap knock-off version the US Empire was enforcing on the world. Santa wanted real free-market capitalism, it was this kind of anarchic system he was trying to reproduce with communism. Obviously it didn't work so Santa started reforming the North Pole economy. 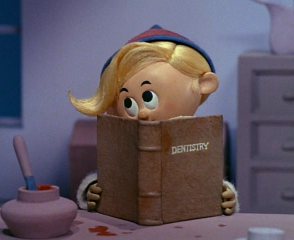 Santa gave up some power and allowed the Elves to own private property. He also gave them the right to go into any profession they pleased and a whole bunch of other rights previously restricted under the socialist regime. Despite some losses on Santa's part, the freedom to voluntary exchange milk and cookies between elves led to new divisions in labour. This in turn helped Santa's workshop since products unheard of before were now coming into existence.

Santa Claus benefited from relaxing the controls of his planned North Pole society, and in return his toy business grew. Yet the imported cookies and milk were still the lifeblood of the North Pole economy. Things were going great until the late 90's. Particularly the Christmas of 1999. Very people know this, even the children who have since grown up, but a majority of the presents children received in 1999 were courtesy of their parents. Santa's business was not profitable that year and it showed. On the biggest day of the year Santa had barely any presents to give and therefore less milk and cookies to bring back to the North Pole. So what happened? Why the slag in exports? 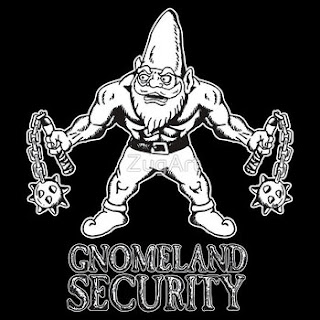 It started a few years before, when a group of elves decided to make security their number one objective. At first this group started a business, but seeing that there was little crime at the North Pole, their business didn't expand much. So the group of elves decided that security was a priority, a necessity for a free society, so they went door to door requiring payment. The elves that didn't pay up later found themselves the victims of “accidents.”

The elf criminals were soon calling themselves “government” and more elves joined the payroll. Soon they were offering more than just “security,” they saw it as their duty to provide a “social safety net” for the North Pole community. They also opened up their own central bank and made it illegal to use milk and cookies for transactions. After confiscating all the milk and cookies in the North Pole, they started issuing pieces of paper as money.

Regulations on business, minimum wage laws and taxes became the norm. But this was hurting Santa's business. Santa relied on the younger generation of elves to work in his workshop. It was seen as a job for teenagers, and although it didn't pay much – it kept them out of trouble.

But with the minimum wage laws it became too expensive to pay all these workers, so Santa had to cut back. His workshop went from employing 5000 elves to just 3000. This was in 1998 – a slow Christmas but Santa still managed to make a decent profit. Unfortunately when Santa returned to the North Pole that year nearly all of the milk and cookies were taxed.

But the overall revenue from taxes was less than the previous year, and this worried the Elf State. They needed more revenue; in their eyes this would make the economy more productive. Seeing a bunch of unemployed elf students, the Elf State decided this was the problem. Not connecting unemployment with minimum wage laws, the now democratically-elected Elf State decided that putting these unemployed elves to work would not only benefit the North Pole economy, it would get them re-elected.

Not wanting to see the next generation condemned to 'wage-slavery' in Santa's workshop, the Elf State realized a better education would be the key to a more productive workforce and a wealthier economy. But post-secondary education was too high in price, so the Elf State told the elf banks that they'd guarantee any loans the banks made to students. 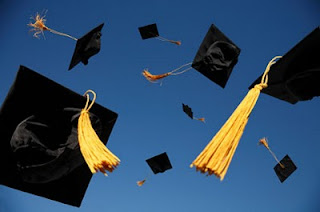 All of a sudden young elves were getting loans to go to school. Nobody wanted to work in Santa's workshop anymore. Santa had to rise his wages to attract workers, yet this wage increase limited how many toys he could produce, and therefore how much he could export – the vital lifeline of the North Pole economy. And to top it off the Elf State kept raising the minimum wage and favouring the new Elf Union that demanded benefits Santa's workshop could not provide.

Meanwhile universities and colleges were rising their prices to counterbalance all the new students enrolling in their programs. The schools only had so many teachers, classrooms or property in which to expand. Their resources were scarce and demand was driving up the price. But the Elf State saw it another way. They decided the best course of action would be to direct more funding to these schools so they could hire more teachers, build more classrooms, diversify their programs of study and etc. But this created a vicious cycle where the more students enrolled in school the more funding was needed to counterbalance the new students, and more students were arriving every day because the Elf State guaranteed student loans.

This went on for a while. Meanwhile Santa was getting worried as Christmas was approaching and his business was suffering. So he started hiring elves to lobby the State and even backed certain candidates that were running for office. But the elf population decried this as “big business” interfering in their democracy and the rights of the elves. So Santa was locked out from the democratic process.

Christmas 1999 came and went. It was a dud and Santa brought back even less milk and cookies then the previous year. Nobody in Elf State seemed to notice or care as they passed through a bunch of new regulations for Y2K. This cost Santa even more to operate his workshop, as it did the universities and colleges too. Unlike Santa, however, the schools were getting funding. Funding that was coming from the 'business tax' as well as the 'import tax' the 'export tax' and pretty much every other tax you could think of. 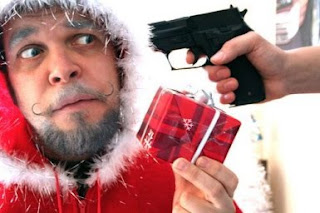 As the North Pole economy became poorer there were less jobs for graduating students and some of them ended up back in Santa's workshop – but as regulation and laws prohibited Santa from paying real market wages, a lot of these students ended up unemployed. Meanwhile more and more students were enrolling in school and graduating without any major job prospects.

The newer generation of elves saw what was happening and decided the only thing they could get from a post-secondary education was debt and unemployment. They decided to opt out for just unemployment. Attendance started to drop off and the universities and colleges realized they had more resources than they could afford. The schools were too big, there were too many teachers and not enough funding. Cutbacks created even more unemployment. Giant schools with all the best equipment were sitting empty. The boom was over.

Meanwhile students in debt were declaring bankruptcy. Banks started demanding their money and since the State guaranteed all the loans, they had to pay up.

The once thriving North Pole Economy was in a slump. The Elf State called an emergency meeting and decided the best solution was to stimulate the economy by giving money away. This only destroyed what remained of the wealth in the North Pole economy. The price for milk and cookies continued to rise as the Elf State printed up more pieces of paper.

As the State was no longer able to support it's police force, elf police started going into business for themselves. With the coercive arm of the State gone, nobody cared if they broke the law. Santa started hiring workers well below the minimum wage and banks started issuing bank notes based on the supply of milk and cookies, instead of pieces of paper with a stamp from the Elf State. 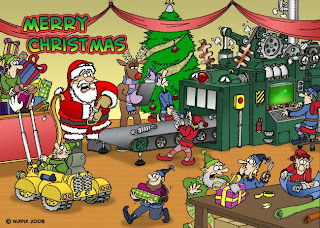 Things gradually started to improve. Eventually the leaders of the Elf State were imprisoned for establishing an anti-social organization and using force to collect revenue.

About three years ago an elf got an idea. He remembered how bad things had been under both Santa's regime and the Elf State. He decided the problem lay in monopolies and feared that Santa's monopoly on the toy business may cause a resurgence of Santa-style communism. So the elf opened up his own toy workshop and competed with Santa for better products, better wages, and working conditions. 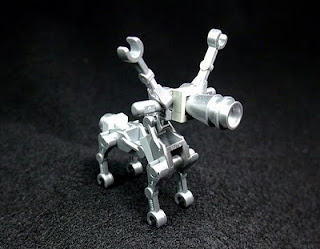 The Reindeer caught on and decided to start freelancing their delivery skills. An elf known for his wacky inventions built robotic reindeer to compete with the real reindeer. The result has been economic growth and efficiency as more imports and exports cycle through the North Pole economy. All the elves now realize that prosperity comes from market forces, not State coercion. So the North Pole economy continued to thrive, as it does to this day.

Everyone – from Santa to the Elves to the Reindeer to the consumers of the North Pole exports – lived happily ever after.
Posted by Caleb983 at 9:18 AM