With another Remembrance Day behind us, it's important to look at what those young men fought against and whether it was worth all the trouble.

Did Canada fight against the Nazi system only to implement here later?

1. Nazi Germany monitored everything their citizens said and did. Oppose C-51 but support the mandatory long-form census? Check your premises.


2. Nazi officials were above the rule of law. Canada was founded on the rule of law, unless you count the political privileges that come from state power.

If Canada is a national socialist country, that means tyranny has become far more insidious now than it was then and that's too much I don't want to hear about it la la la la


3. Nazi Germany had a public education system where children were taught to obey and not to think critically.

Canada's public education system is different because the bureaucrats raising our children have good intentions...

That's why some of the first public school teachers were alcoholic veterans from the Napoleonic wars. That's why our history is ridden with two world wars, alcohol and cannabis prohibition, residential schools, Japanese internment camps, and a politically correct culture that now demands “safe spaces” from constructive criticism.

It's all part of living in a healthy democracy!


4. Nazis were radical environmentalists, that was their foundation for eugenics that resulted in the Holocaust. 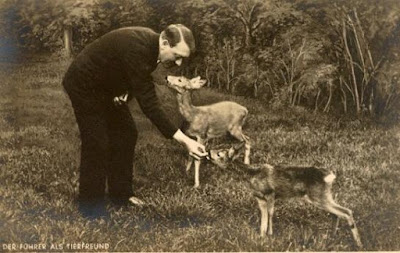 Canadians are so concerned about the environment that they're willing to pay carbon taxes.

They're willing to pay more taxes and lower their standard of living.

Hitler could have only dreamed of such psychological control.


5. The Nazis did kill a lot of people, what has Canada done lately?

Canadian governments have been much less direct, preferring the gradual method of poverty and death through inflation and taxation with jail-time for victimless crimes.

Not to mention the long-term capital consumption through central banking that is impoverishing future generations.

Generations who are also being settled with the "public" debts of their parents and grandparents.

At least the Nazis were quick about the death part. Western elites want you alive like cattle and milked of all your productive wealth and energies while they commit genocide overseas.

Canada has the CBC.

There is also the Canadian Radio-television and Telecommunications Commission and the Canadian Broadcast Standards Council.

We also have a TeleCom oligarchy that basically runs these government regulators and the Internet infrastructure is under their domain as well.


7. While the communists outlawed free enterprise, the Nazis merely looked to control it for their own purposes.

Fascism is, after all, the merger of state and corporate power.

Canada and the Western World are following the Hitler example on how to run an economy.

Because a gun-free society is utopian so let's give all the guns (and legitimate use of force) to a politically-controlled monopoly.

That should work, it did with Nazi Germany... depending on your viewpoint. 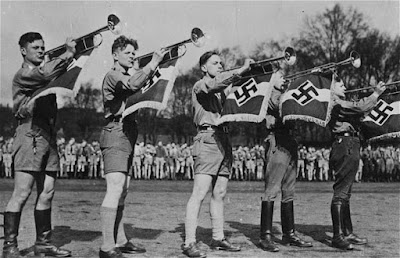 9. In Nazi Germany, families were undermined so children would become dependent on the state.

But I'm sure Canada's subsidies and tax-credits to support single-parent families, as well as destroying the purchasing power of the money, forcing both parents to work, along with radical feminism that aims to make stay-at-home mothers a taboo practice... I'm sure those are all good intentions that must have just backfired.

Germany adopted the swastika and we gave away our British heritage for a cultural Marxist maple leaf.

And about a decade after that we adopted the French disease: the idea that you are not free by default.

Prior, Canadians believed they had the same rights of the Englishmen... Now you needed some piece of paper to prove it.

Not only did Pierre Elliot Trudeau sell Canada off to an international banking cartel, he introduced the Charter of Rights and Freedoms.

A leftist document that ensures the state will always have a role in “protecting” and “guaranteeing” the rights it claims to give you, when in fact, you already have these rights by your mere existence as a human being.

So is the U.S. and most of Europe and the world.

Hitler economies with cultural Marxism sowing the seeds of its own destruction.

And this doesn't even begin to get into the whole Wall Street funding Hitler debacle.

What was Remembrance Day about again?

Remembrance Day is when the ignorant celebrate their own slavery by worshipping the dead in an annual ritual where everybody pretends that those young men didn't die in vain.

World War 2 was a lie, and the country is being run by national socialists. 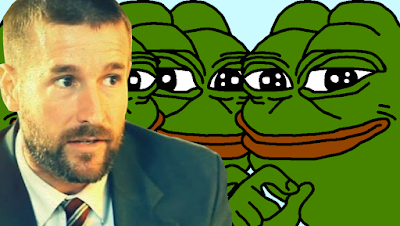 Uh.. hello? The Nazis did the whole Holocaust thing.

Canada has a milder version of the eugenic-Jew-burning policy.

First, in a classic example of Orwellian newspeak, we call the Israeli nation a Jewish state. And then Western culture is turned against the real Jews, who are the followers of Christ.*

This is done through multiculturalism and political correctness, meanwhile most Christians are duped into aligning themselves with corrupt churches while the real followers of Christ, the real Jews, are called conspiracy theorists.


If you object to the destruction of Western values -- that include Christianity, whether or not it's all bullshit -- then you are suffering from white male privilege.

Now stand up for "O Canada" and sing it proudly you fucking heathen!

*If you're going to be consistent with the whole Christian thing, you can't ignore the evidence:

Revelation 3:9 - I will make those who are of the synagogue of Satan, who claim to be Jews though they are not, but are liars﻿
Posted by Caleb983 at 4:07 AM