Leader of the Opposition: “I have people touching my private parts all day long.” 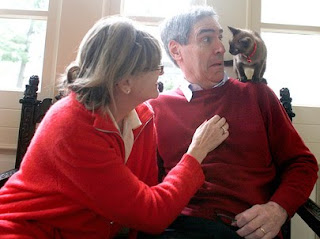 Pat-downs at Canadian airports will be polite: Ottawa

That's Liberal Leader Michael Ignatieff for you, referring to airport security. I thought this guy was supposed to be a Harvard-Oxford educated elitist? This is what he says about the Canada Border Services Agency bureaucrats:

“It's not a great job. It's tough. You're wearing rubber gloves all day long.”

Does this sound like an intellectual? He hasn't even done his research on the full-body scanners.

“I don't know what they can see. I don't think it's a pretty sight. I don't want to know.”

It's one thing not to know that the machine your going through is giving you cancer, but to have no desire to even educate yourself on the issue?

Michael Ignatieff: If you’re in my business, you live in an airport. And so I have people touching my private parts all day long. And I just – all I have to say is if that’s what we have to do to keep us safe – no, the serious point I make is that we’ve got some very hardworking people. I’m sorry, that really did it to you, didn’t it? You know I didn’t like it much either but it just came out there. I’ve long ceased – I’m serious. I’ve long ceased worrying about these issues. We have to keep this country safe and the people I feel strongly in support of are the hardworking security scanners. It’s not a great job. It’s tough. You’re wearing rubber gloves all day long. You don’t want to be doing it. You’re trying to keep the country safe. I’ve got a lot of sympathy for them. I’ve been through the full ones where you raise your hands. I don’t know what they can see. I don’t think it’s a pretty sight. I don’t want to know.

Joking aside here's what I got from this:

The personal freedom issue? The freedom to travel?

The airplanes do belong to them. They have a vested interest in not having these planes hijacked by terrorists.

Here's some funny pictures of him. 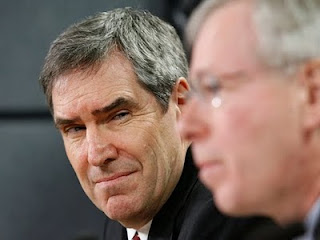 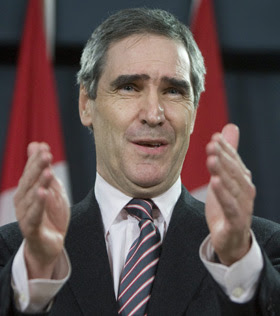 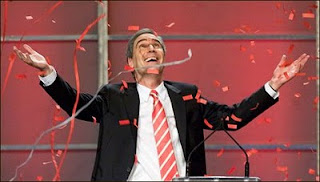 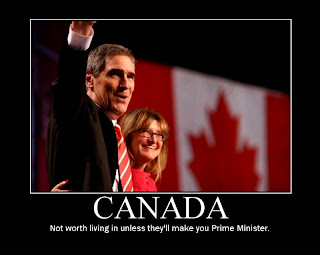 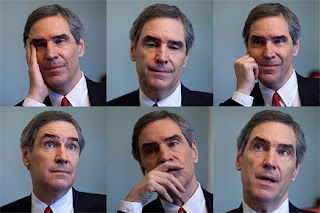 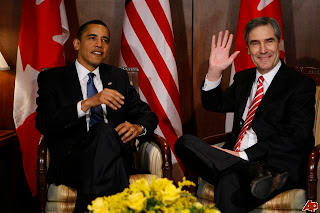